The destination was Nubra Valley. On the way was Khardongla pass, world’s highest motorable road.

What I noticed newly this time was the part of the mountain road that looks like some sort of a gateway. Gateway of Ladhak. Two towers of rock flanking a narrow mountain road in an ostentatious way.
It’s a poster picture used by travel books. In fact, my book has this picture. I don’t know how I missed it the last time.
Oh yes, the last time, I was in a bus looking out of a side window and not out of the windshield.

The taxi driver stopped for this and asked me to take a picture of it. It was, as far as I remember, his only good deed in those 2 days he was with us.
A most uncooperative, rash young fellow he was.

I learnt a lesson. Never to hire a young driver ever again.

My father of course sang his praise for his efficient driving, meaning it for sure, but expressing it so often, just to spite me for all those pictures I took way beyond his patience limits.

My father knew of a small military shop giving free tea to all visitors at Khardongla. I don’t know how he found out about this shop. We went in and drank 2 cups of tea each I think.

The whole place was wetter and dirtier than I think it had been during the 2009 visit – but I am not sure.

You want to touch the snow, make a ball of it in your hands, throw it playfully at one another, only when you see it on television. When you are in the midst of it, these ideas are unthinkable.

There being not much to there, we drove on. 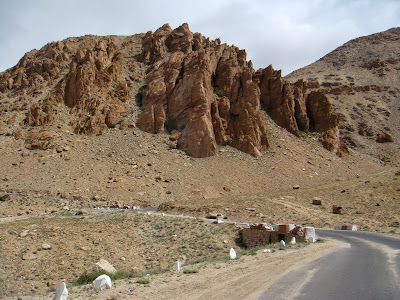 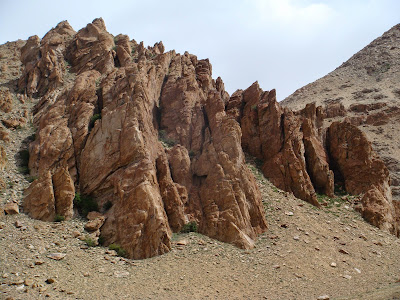 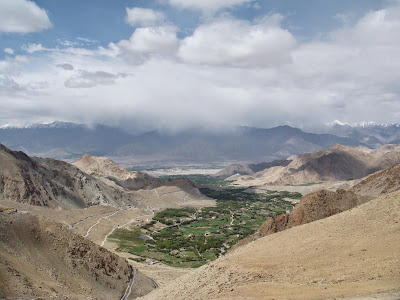 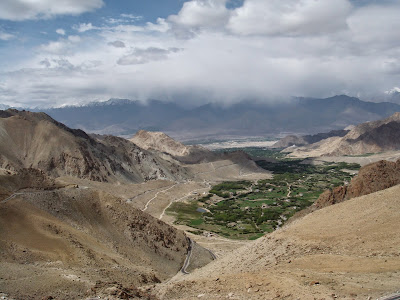 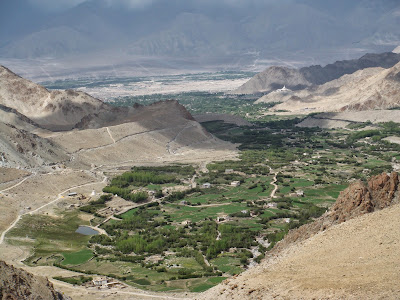 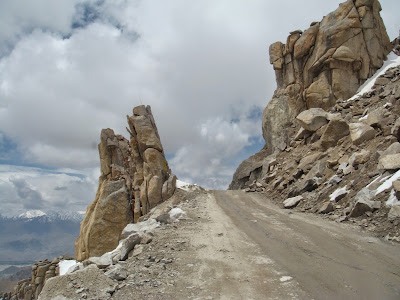 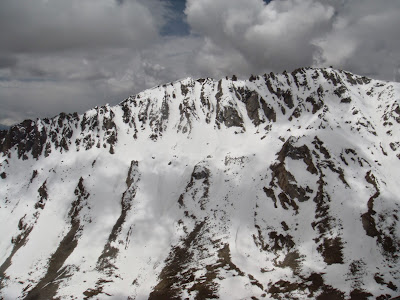 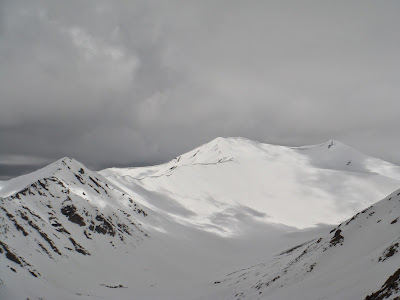 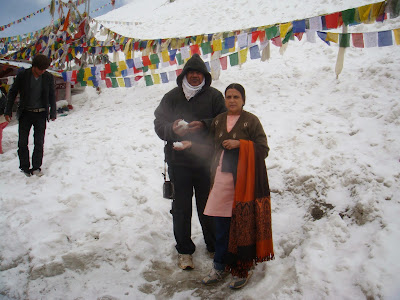 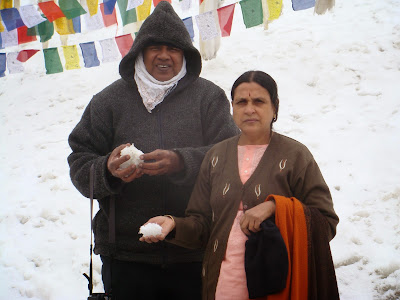 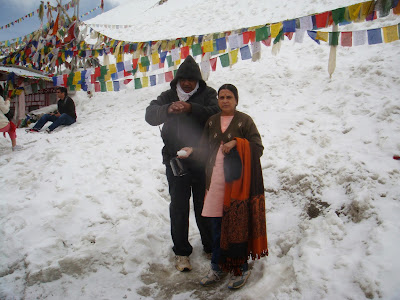 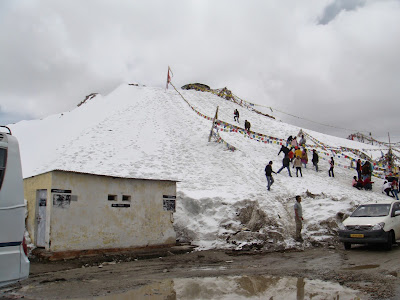 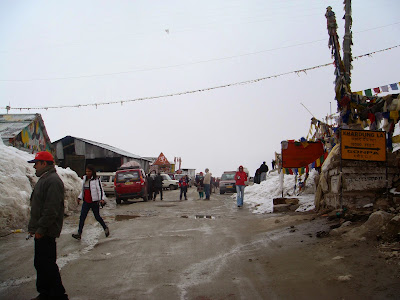 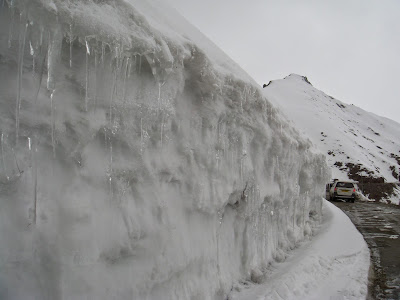 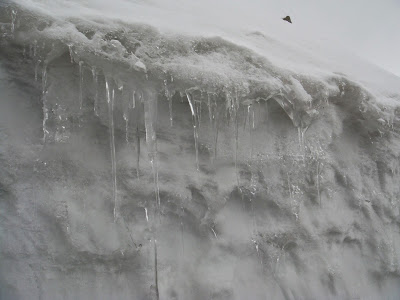 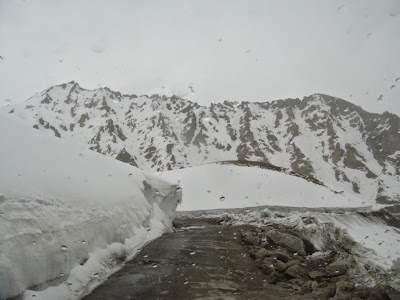 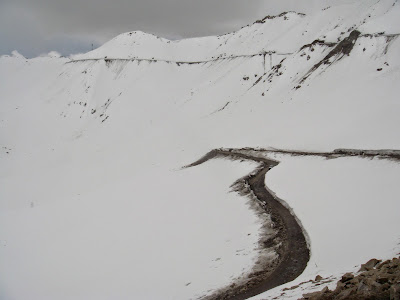 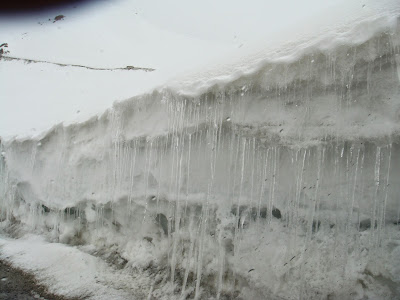 Posted by Sowmya Chakravarthy at 23:20