Unfolding. One Day At A Time. Where Life Is A Worship


Kole Basava.
Oxen decorated with colourful cloth and bells are walked from house to house by men playing the Shehnai. Women and children come out of their houses to look at the oxen. And to give alms. A Rupee or two. Sometimes a fistful of rice. May be a chapatti. Plantains for the oxen. Whatever is given is given with both hands symbolizing whole hearted giving.

I wake up to the music of Shehnai and the tinkling of the oxen’s bells on certain days. 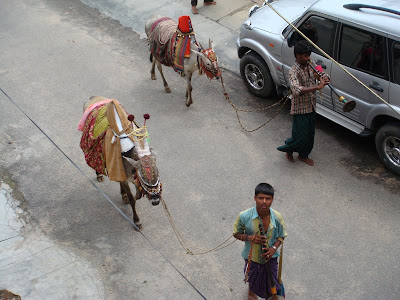 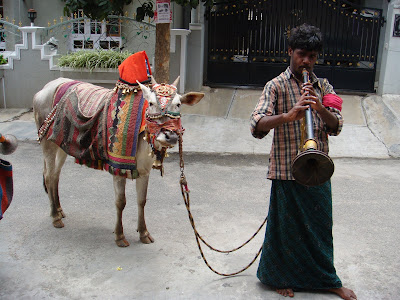 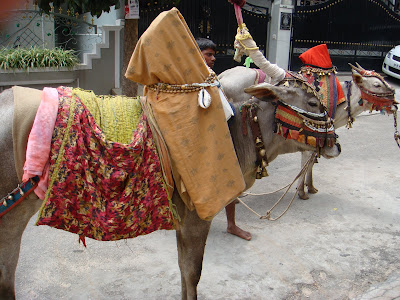 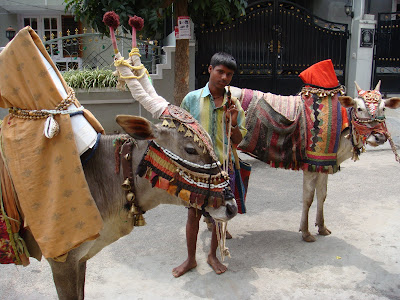 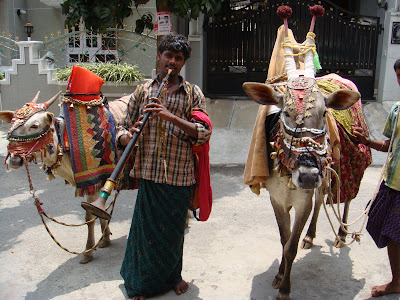 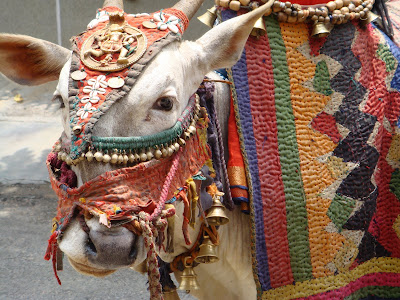 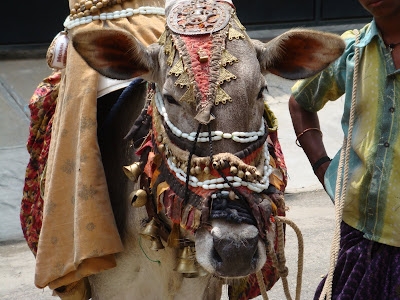 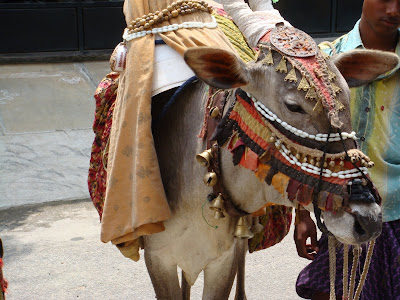 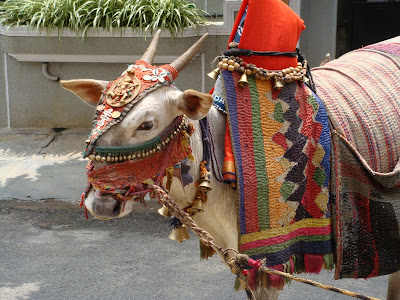 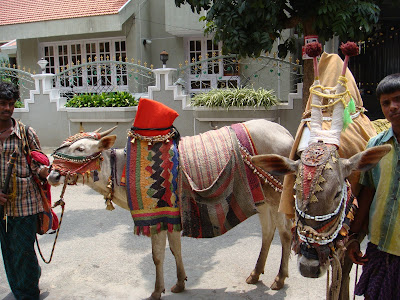 Where everything from mountains to rivers to cows to rats to snakes to elephants to plants to planets is held in religious sanctity…
The Bhoomi puja performed before laying the foundation stone of a building is an offering of gratitude to earth.
The Shiva Linga in the sanctum-sanctorum of temples is the phallus.
The walls of temples are adorned with sculptures depicting the union of man and woman.
A book is Saraswati. So is the veena. So are all musical instruments.
The flute is Lord Krishna’s.
Implements are worshipped during the Ayudha Pooja. Spade, sickle, plough, tractor, automobiles, computers and laptops…
The Tulasi is a plant. So is the peepal tree.

The Navagraha Pooja is where the nine planets are worshipped.
Sun is worshipped. So are fire, water and the other elements.

That apartment building I pass on my way to work is called ‘Maya Indraprastha’ (maya and not maaya). And who was Maya? The celestial architect who built Indraprastha for The Pandavas.

The Rangoli powder with which women decorate their thresholds and the front of their houses is a kind of earth.

Love the Hindu religion for all that it is.

Posted by Sowmya Chakravarthy at 11:17

Is this an answer to Steve Fennel?

You need to get your head examined.

Interesting one!
Cheers,
B

Nice to see your blog posts ! I have been searching in all the social media !

Where are you ? We should catch up with each other sometimes !

Welcome to my blog Radhika, my friend of 10 years ago :)

Whaat a reunion! Thanks to internet.